If you want to save money on fixing the cracked screen on your Chromebook, you are probably better off replacing the screen rather than buying a new device. Chromebooks are amazing laptops backed by Google’s OS and are becoming increasingly popular. However, if the screen breaks on you, it is going to be hard to use your Chromebook, but how much does it cost to replace the screen?

How Much Does It Cost To Replace A Chromebook Screen?

You can replace the screen on your Chromebook for as little as $23 – $80 with a DIY approach. However, getting your Chromebook screen professionally repaired can cost as much as $200 to $300 depending on the repair shop that you take it to.

Ever since Google launched its Chromebooks, these laptops have been highly-praised buyers for being intuitive, simplistic, and powerful machines.

However, despite the brilliant ingenuity that Chromebooks bring to the table, these devices do still need to be handled with care.

A common thing that tends to go wrong with Chromebooks is that the screen breaks.

Sometimes this is due to the device being dropped, hit, or liquids spilled on the laptop. Now that your Chromebook screen is broken, you are probably wondering whether it is worth it to replace the screen or buy a new laptop altogether. To help you understand this further, we are going to take a closer look at how much it costs to replace a Chromebook screen.

Cost of Replacing a Chromebook Screen

When it comes to laptop repairs, screens can often be one of the most expensive things to replace – especially if your device is from a high-end manufacturer. However, Chromebook screens are usually a lot cheaper to replace by comparison.

The Chromebook is a budget-friendly laptop that can be bought at a fraction of the cost of other laptops on the market, which is great news for anyone that needs to repair their device. Generally speaking, replacing a Chromebook screen can cost anywhere from $23 to $300.

Given that Chromebooks are generally budget-friendly laptops that are easy to fix, you can expect to pay upwards of $150 to $200 for your labor costs alone. This does not include the cost of parts and materials to replace the actual screen.

At the end of the day, you are probably looking at a minimum of $200 to $300 to replace your Chromebook screen when you have it done professionally. Although this does make the replacement a lot more expensive, you have the assurance that the work is being done professionally.

If you want to keep costs to a minimum when replacing your Chromebook screen, the best way to do this is the DIY approach. The biggest cost of a Chromebook screen replacement is the price of labor – as repair shops charge you a lot for their work.

The actual screen for your Chromebook should be quite affordable – with some options costing as little as $23 to $80. However, you should make sure that you are up to the job before you start taking apart your laptop.

A lot can go wrong if you start mucking around under the hood of your device and making mistakes can result in your entire machine getting damaged.

You can follow this guide to fix your Chromebook screen – provided that you have the right tools laying around. With that being said, take the DIY approach with caution. If you are not confident in handling the repair work yourself, it is much better to take your Chromebook to a professional shop.

Factors that Influence the Cost of Replacing a Chromebook Screen

Regardless of whether you take the DIY approach or have a professional replace your Chromebook screen, it is important to understand that the price of your screen can vary. There are a number of different factors that contribute to the cost of your screen and you should be aware of them when making decisions.

Chromebooks come in a variety of different sizes and this can add to the final price tag that you end up paying. Naturally, you should expect a bigger screen to be more expensive than a smaller screen.

Although Chromebooks are commonly associated with Google, there are actually a number of different manufacturers that sell these devices as well. Google does have its own lineup of Chromebook laptops, but you can also see them being sold by the following companies: 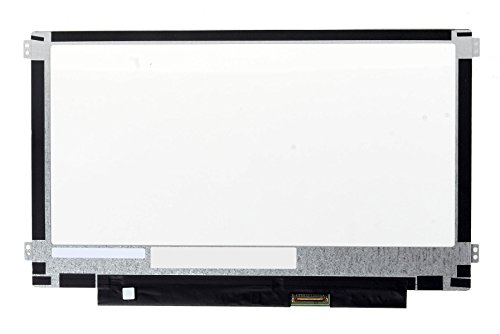 Is it Worth it to Replace a Chromebook Screen?

If your Chromebook screen is broken, you are probably wondering if it is worth replacing or if you should just buy a new laptop.

Generally speaking, it is worth it to replace a Chromebook screen if your device is relatively new – especially if you can do the work yourself. Given that a screen replacement can cost as little as $23.00 for a Chromebook this is considerably cheaper than buying a new machine.

With that being said, you should also keep in mind the original price that you paid for the laptop, as well as how old it is. If you bought a budget Chromebook for $250.00 and the device has been used extensively, you are probably better off replacing it altogether.

I would particularly advise doing this if you plan on taking your Chromebook to a professional shop – given that the labor costs alone may end up being more than the laptop itself.

How to Prevent Chromebook Screens from Breaking

If you do not want to repeat the hassle of dealing with a broken Chromebook screen in the future, the best course of action that you can take is to prevent it from breaking in the first place. Laptop screens are notorious for breaking eventually, but if you can take good care of your device, you can get a lot more life out of it.

First and foremost, get yourself a Chromebook screen protector. 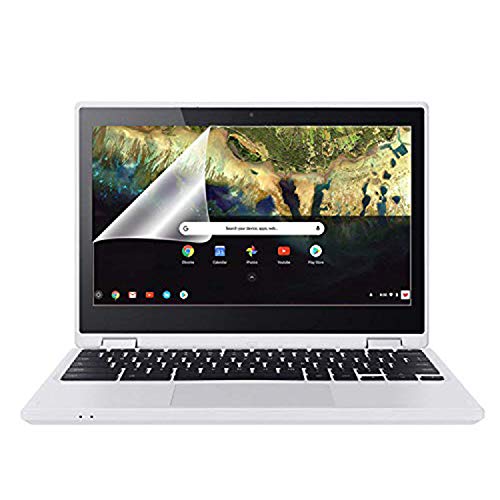 This will help you avoid things like cracks and scratches. However, for other incidents, your best bet is simply going to be to handle the device with care. This means you should avoid dropping the device and spilling liquids at all costs.

Lastly, you should consider buying insurance for the device. Most manufacturers that sell Chromebooks offer insurance deals when you buy the product. This will come in handy if and when something does happen to your screen.