My wife and I are a couple that often go boating, camping, and have parties once in a while. If someone else hasn’t already supplied the music at gatherings, we always have a Bluetooth speaker handy to help.

Music plays almost constantly when we’re at home, and we rarely go anywhere we can’t bring music with us. Our lives have a soundtrack, and we like it that way! Naturally, I love portable speakers that keep us from being stuck without music.

I’ve tested many speakers over the years and have rarely been so irritated I wanted to scrap the review so I could stop using it. While this speaker has some great features and works well most of the time, there’s one thing that ruins the experience for me and keeps me from recommending it.

If I hadn’t purchased it to review, I’d have returned it within a few days to buy something like a high-quality JBL or Bose speaker instead.

Keep reading below to find out the reason for regretting this purchase and swearing never again to buy this Bluetooth speaker model.

About the Ultimate Ears Boom 3

The Ultimate Ears Boom 3 is the second of the “Boom” series of speakers manufactured by Ultimate Ears. The least expensive is their Wonderboom, followed by the Boom 3 this review covers, the Megaboom 3, and their higher-end Hyperboom speaker.

I think the Boom 3 fits right in between those other speakers and would be well worth the price point if not for its biggest flaw. Let’s look at the speaker and its features before I delve into what I liked about it and the one thing I hated. 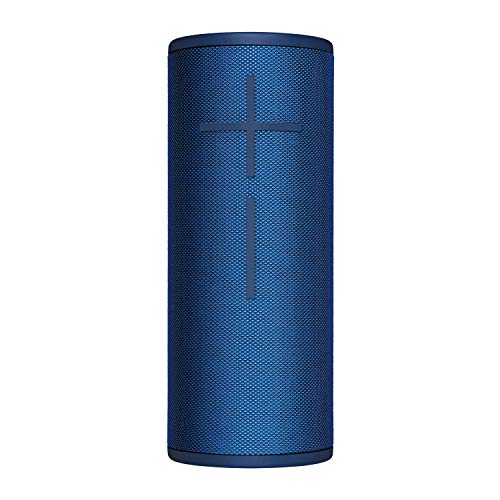 Let’s start with the look of this speaker and the features that impressed me.

I can’t deny this is an attractive portable speaker. The fabric is two-toned, giving it a high-end look and feel that’s much better than a hard plastic shell. The cover keeps the sound from being tinny or rattling, even at top volume.

Mine is blue, but you can choose between several colors and even some patterned covers. The volume plus and minus buttons are prominent on the side of the speaker, which looks nice. I prefer smaller buttons that are easy to find and use, but that’s a minor thing.

The Boom 3 is larger than the cheaper Wonderboom, with a range of 50 feet more and a maximum battery life a couple of hours longer, so it’s a good upgrade as far as those things go.

It’s bigger than the Wonderboom, but its shape and size make it easy to take along anywhere. The device weighs less than two pounds, which makes it a great carry-along speaker, too.

Ultimate Ears builds their speakers to be drop-proof, so a few knocks and tumbles won’t damage them. The speaker has an International Electrotechnical Commission (IEC) rating of IP67.

IP stands for Ingress Protection, followed by a number for dust resistance and then water resistance. IP67 means the speaker’s highly dustproof and waterproof enough to be submerged.

You can use this speaker at the pool, camping by a river or lake, or at the beach without fear of it getting wet.

This speaker plays at volume up to 90 decibels, so it’s loud enough to provide music at parties and gatherings with a moderately high noise level. The sound quality was good, and the equalizer settings let me adjust it as needed.

A portable speaker shaped like the Boom 3 sends sound in every direction, so no one will find the sound muffled when they’re behind the speaker, as happens with traditional speakers.

Put the device in a central location, and everyone around will benefit from the same volume level and good sound quality.

The speaker also worked well when I took it from room to room while testing it. A multi-directional device like this comes in handy when you want to go to the kitchen for a snack or take a break in another room. The volume’s loud enough that if you’re not going far, you don’t need to take it with you.

The only times I had problems with the sound cutting out were when the speaker was getting out of range. If the battery gets low, the sound suffers, too. The Boom 3 also has a good bass range. The bass boost gives it a richer sound quality than some other portable speakers.

If you need more sound, you can connect the device to more Bluetooth speakers like Boom or Megaboom models to crank up the volume and spread the sound over more space.

I should note that there’s no microphone in the Boom 3, so if you’re playing music through your phone and a call comes through, you can’t reply with the speaker. Some portable speakers have microphones, but if you primarily use them to listen to music, it’s probably not a feature worth the extra cost.

The 15-hour battery life of the speaker isn’t a positive feature, but it’s not a drawback, either.  If you’re running the speaker at top volume, pressing the Magic Button very much, or controlling it often through the app, you won’t get that much playback time.

You could probably get close to the maximum time if you keep the volume low and don’t touch it all day. Shorter battery life isn’t an uncommon problem with most Bluetooth speakers, though. Manufacturers all give the maximum time that most people will never achieve during practical use.

The speaker comes with a Micro-USB cord for changing and takes about six hours to charge fully. If you invest about forty dollars to get the Ultimate Ears Power Up charging dock, you can cut that down to less than three hours.

I got frustrated with two features of this speaker, but one was the real deal-breaker for me.

I like speaker apps because they’re handy for controlling the device remotely. However, I don’t want the device to force the app to open every time I turn it on. Please give me the option of whether to open the app or not!

The most annoying part of this was turning the speaker on, walking away from it, and hearing the music pause while the app opened and waited for input. That delay caused me to grind my teeth together a few times when I thought I’d set it up and was ready to go.

Turning the Speaker On and Off

The biggest flaw with this speaker, however, is the reason I can’t recommend it. The Magic Button was not magical for me. Turning this speaker on and off was a nightmare most of the time.

Why they make the volume controls massive on the speaker’s side but make a small button on the top for everything else is beyond me. If you don’t mind pushing a button to have unexpected things happen, maybe this speaker is for you.

Once I’d get the device on, controlling it was a challenge. When I wanted to turn it off, I ended up switching playlists, changing songs, or doing something else I didn’t want to do.

I had to leave it on and let the battery die more than a few times because no amount of button-pushing turned the speaker off!

That frustration was enough to make me vow never to buy this speaker again and nearly scrap doing a thorough review because I wanted to return it and wash my hands of it.

Someone who doesn’t have problems with the button or prefers to use the app might not have this issue, but it sparks a big thumbs-down from me. 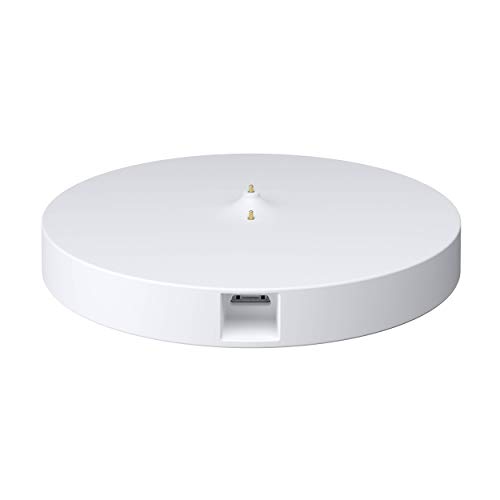 The JBL Charge 5 and the JBL Flip are portable, waterproof Bluetooth speakers with similar features and prices that won’t make you want to tear out your hair when trying to power them on and off. 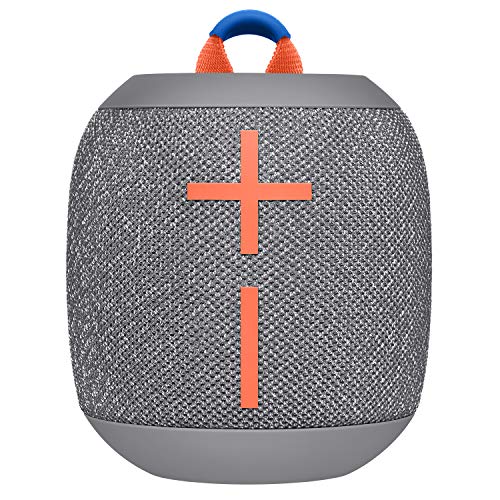 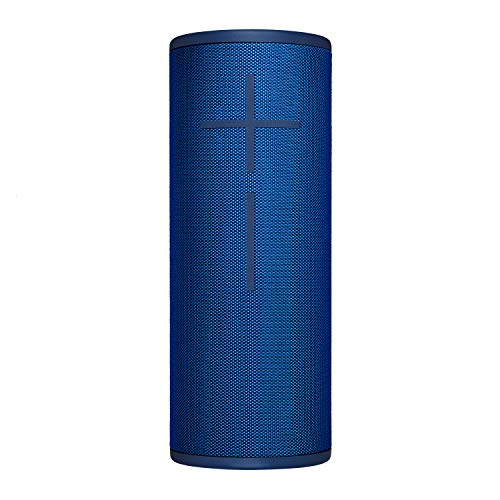 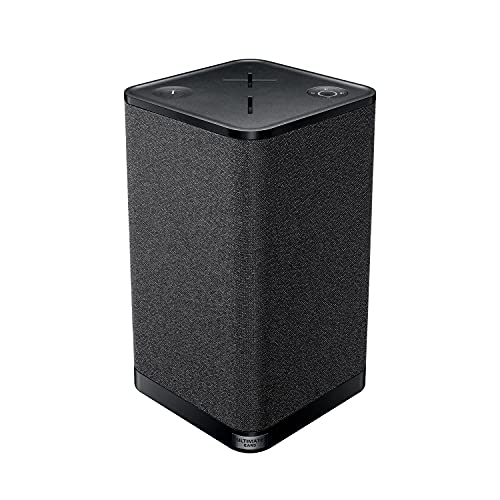