One of Apple’s most popular products is the Apple Pen, which is a stylus pen with a slim tip.

It connects to iPads via Bluetooth and is often used by artists and graphic designers.

However, do Apple Pens come with iPads, or do you have to purchase them separately?

Do Apple Pens Come With iPads?

Apple Pens do not come with iPads and have to be purchased separately. Apple Pens cost $99-$129 and come with their own charger. It is highly unlikely that Apple Pens will come with future iPad models as they are both highly profitable products and some don’t like using a stylus.

Both the Apple Pen and iPad are extremely useful products that can be used together.

However, only some iPads are compatible with the 1st and 2nd generation Apple Pen.

To find out how much each Apple Pen costs and which iPads are compatible with Apple Pens, keep reading.

Are Apple Pens Included in the Purchase of iPads?

Apple Pens are not included with any iPad.

Although most iPads are compatible with Apple Pens, some are not compatible.

Both products are also quite expensive, and not everyone wants or needs to use a stylus like the Apple Pen.

If Apple Pens were included with every iPad purchase, Apple would lose money and Apple Pens would go unused.

Apple Pens are an extremely popular product, so Apple makes a large amount of money from their sales. If they start including Apple pens with the purchase of an iPad, they would lose a source of income.

The price of iPads would have to increase as well. However, if the cost of iPads increases fewer people will purchase them, which will cause Apple to lose money.

Apple Pens can’t be used with any non-Apple products.

In fact, Apple pens can only be used with iPads.

You can’t use your Apple pencil on your iPhone, even though they are both made by Apple.

How Much Does an Apple Pen Cost?

Both Apple Pens come with a stylus pen and a charger.

However, they have different features.

Non-Apple stylus pens are relatively cheap, even ones that connect to your devices via Bluetooth.

Stylus pens that are not Bluetooth compatible are even cheaper.

Apple Pens are easy to use and are often used by artists and graphic designers.

They allow you to design and draw on your iPad and create amazing creations.

However, they are only compatible with a few iPad models.

Which iPads are Compatible With Apple Pens?

The 2nd Generation Apple Pen is compatible with the following iPads:

The 1st Generation Apple Pen is compatible with the following iPad models:

Tablets That Come With a Stylus Pen

Although iPads don’t come with an Apple Pen or a stylus, other tablets do.

The following tablets come with a stylus pen, and most connect to the tablet via Bluetooth, just like Apple Pens connect to iPads. 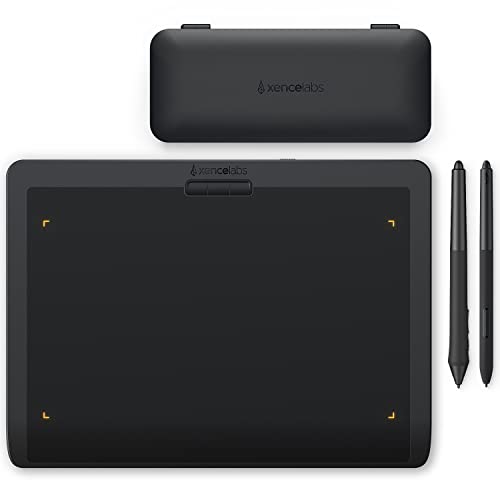 The XENCELABS Graphic Tablet comes with a stylus pen and a 12-inch drawing tablet, so when you don’t want to draw directly on the tablet you can draw on a highly responsive surface.

This tablet only costs $280, which is much cheaper than an iPad.

This tablet also comes with a detachable keyboard and wireless mouse, so you can use it as a laptop.

Because it has an Octa-Core processor, this tablet is extremely fast and will not lag or freeze while you are using it, even if you are drawing complicated designs. 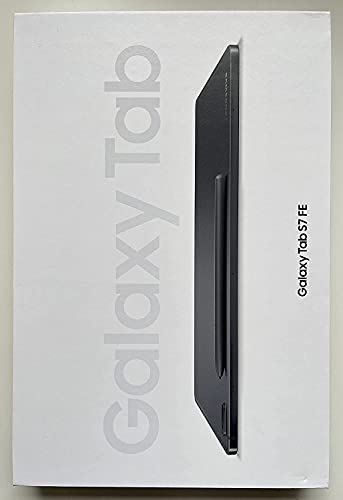 The Samsung Galaxy Tab S6 Lite comes with an S-Pen, which is Samsung’s version of an Apple Pen.

This tablet is 10.4 inches wide and has 64-128 GB of storage and a long-lasting battery that charges quickly.

This slim and sleek tablet will fit in nearly any bag and is easy to take with you.

The SAMSUNG Galaxy Tab S7 FE 2021 Android Tablet is slightly larger than the S6 at 12.4″ wide, but it also comes with an S-Pen and is still easy to transport as it isn’t bulky.

It costs $510 and has 64GB of storage space available.

It comes highly recommended by customers as it is rated 5 stars.

It is powerful and has a long-lasting battery, so you can use it for hours at a time.

If you prefer having a slightly larger tablet and want a Bluetooth stylus to come with your tablet, consider purchasing this Samsung tablet.

Overall, iPads don’t come with Apple Pens, but you can purchase an Apple Pen when you get your iPad if you know that you will use it often.

It is unlikely that Apple Pens will come with iPads in the future as it will cause Apple to lose money.

Before you purchase an Apple Pen, make sure it is compatible with your generation and model of iPad.